Muchachito is back after finishing his tour La Maqueta, which has been up and running for several months creating and giving shape to some of his new songs. With no shorter periods of confinement in the studio, halfway between Madrid and Jerez de la Frontera, finally it is released his new and awaited fourth album El Jiro (El Orfanato Eléctrico, 2016), with Dani Alcover at the mixing and mastering (Dover, La Cabra Mecánica, Pignoise…).

“Jiro” with the “j” from Jairo (the real name of Muchachito) and because that’s how people call him affectionately, and “giro” (whirl) with the “g” because that’s what we are going to discover in these new songs, more mature and forceful than ever, but without losing its essence and its distinctive rumboxing, a mix of rumba and swing with the unique Muchachitorial speed.

Under the same proposal as in La Maqueta, Muchachito and his instrumental equipment, among which his bass drum and “stick” guitar cannot not be missing, will start a new “hand to hand combat with the public“ through the 11 new songs included in El Jiro.

Lyrics from “Nuestro largo y gran viaje” (We know where to go to meet the illusion, loving company)

The new tour begins on May 20th at the Festival Territorios of Sevilla to continue throughout all the Spanish geography during the whole 2016.

Lyrics from “Aeropuerto” (I will be a bullet, if the life shoots me I will also know how to arrive)

Muchachito leads us into galaxies of blues, swing, street rumba and rock, and verse to verse through intimate thoughts in which our daily lives can reflect themselves while, at the same time, we can get inspired to continue with the courage of living with animals.

El Jiro is now avalaible in all the major shops and digital platforms. Among the different formats available we highlight the Master iTunes version with digital booklet and the Limited and signed special edition tin box, including the board game shown on the first video Tiré and which can be purchased from the artist website. Don’t miss it!

Lyrics from “Tiré” (The only fail is not to fight again) 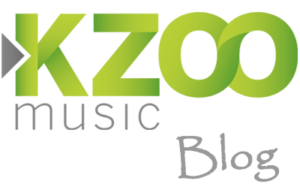